Living relics from a byegone age, the Falmouth Working Boats make an impressive sight, and there can be few who are not inspired by the beauty of these powerful gaff-rigged cutters under sail.  Outwardly, little has changed in nearly 200 years, their existence being a direct result of the local harbour byelaws prohibiting the dredging of oysters by any mechanical means.  Working under sail and oar during the winter months from October to March, these unique boats have survived to become the last of their kind in Europe.  The size of the working fleet has fluctuated over the years, its fortunes directly related to the health of the delicate oysters which are ever prey to disease and pollution.
Explore the fleet

The term ‘Falmouth Working Boat’ is fairly recent and mainly applies now to the boats that race during the summer months.  These versatile craft, originally given the name ‘Truro River Oyster Dredging Boats’, took their name from the occupation they were used for and the area in which it took place.

There was no definite design as many came from Porthleven, Mousehole, Looe and Mevagissey areas, and started life with a lug rig (foresail and mizzen) appropriate for their purpose, usually pilchard driving.  On moving to the Falmouth/Truro area, they were normally changed to gaff-rigged cutter to enable them to dredge for oysters.  To the trained eye, these boats are easily recognised, with a Porthleven boat usually being full-bodied with a fine run aft, whereas the Looe and Mevagissey boats typically had finer lines and were a little deeper.

Traditionally built in wood, three quarter decked, with a large open cockpit and between 22 and 32 feet long, many of the older boats have been lovingly restored but, without a doubt, the biggest change to the class came in the late 1960s with the production of a 28 foot fibreglass hull and then a 23 footer by local boatbuilder Terry Heard.  Although, initially a number of these boats were used for dredging, others were bought solely for racing, and, fitted with the best in sails and gear, have increased the size of the fleet and brought a new level of competition to it.  Undoubtedly, this has helped to ensure that these graceful craft will never be lost from the beautiful waters of the River Fal, as they continue to appear during summer races with rigs stretched to their limits with lofty, brightly coloured topsails and big headsails on lengthy bowsprits. 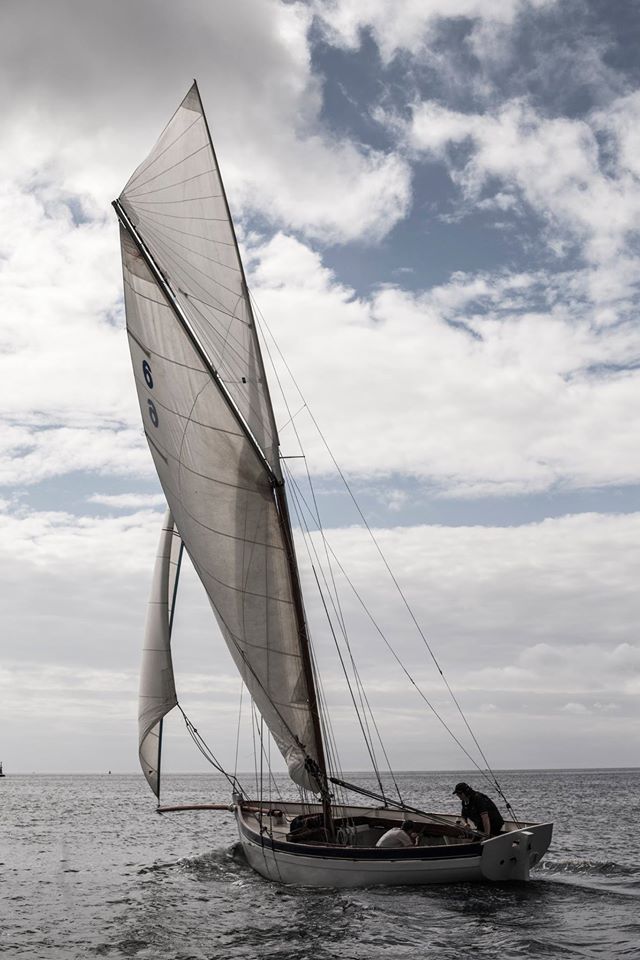