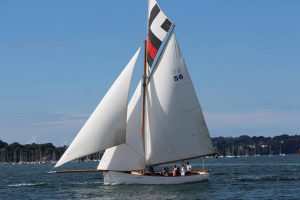 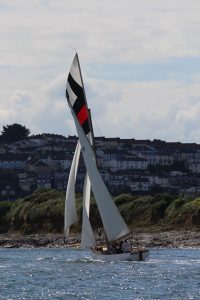 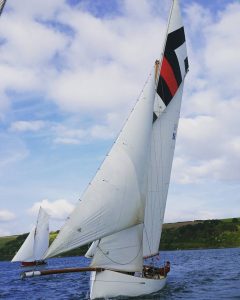 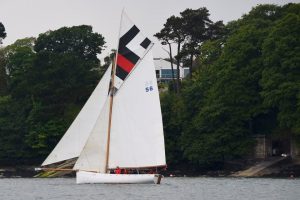 Cousin Jinny is one of the more recent boats in the Falmouth Working Boat fleet and is the second boat to be built by Graham Pearce, his first being ‘Cousin Jack’ which he built and sailed for 25 years between 1978 and 2004.  Cousin Jinny’s hull shape was inspired by the lines of the famous 1905 Quay Punt ‘Curlew’ that is now linked to the National Maritime Museum in Falmouth.  Cousin Jinny was originally fitted with an engine when she was first launched – however this now been removed to help with her sailing performance.

We update our Facebook page regularly with photos and news relating to the fleet and racing. Please like our page and get involved!